Two nuclear power stations in Ukraine were among the first Russian targets. Putin’s troops attacked and seized control of the Chernobyl and Zaporizhzhia plants. This situation puts the energy community again in a dilemma: nuclear provides a stable energy supply with fewer emissions, but it always poses different risks. Being an easy military target is probably the most evident.

However, a steady and affordable energy source is crucial for sustainable development, poverty reduction, and climate protection, especially today.
Is there any chance of having clean and inexhaustible energy without wastes or pollutants? Or is it just a dream? Nuclear fusion could be the answer.

What is nuclear fusion? We associate nuclear power with Fukushima with radioactivity, something hazardous and harmful. But that is atomic fission. Nuclear fusion is the process that powers the stars, and the sun. Two light nuclei, such as Deuterium and Tritium, both isotopes of hydrogen, the most abundant element in the universe, collide and merge into another harmless element: Helium. The process produces a large amount of energy.

Deuterium and Tritium fuse or react to lower energies than other light elements such as hydrogen or Helium. They were chosen as the fuel for the first fusion reactor.

Deuterium is an isotope of hydrogen commonly found in seawater. In about 30 litres of water, one gram of Deuterium is dissolved. It is a common and easy to find material.

Tritium, a weakly radiative element, which decays in about 12 years, does not exist in nature but can be obtained directly inside the reactor through Lithium, an element abundant in rocks. Fusion energy’s availability is practically unlimited.

Despite many decades of discussions on fusion’s pros and cons, why are we still reluctant?

To start the fusion reaction is not a straightforward process. To fuse two deuterium and tritium atoms, we need enormous energy to defeat the atomic repulsion force of two positive nuclei. Only very high temperatures, over a hundred million degrees Celsius, could activate it. Two problems ensue. First, a material resistant to such temperatures does not exist. Most scientists’ efforts are focused on building a reactor that can isolate these very high temperatures.

It is possible through a complex system capable of generating a magnetic field and trapping and confining plasma in its coils, keeping it from the containment walls. We are talking about the tokamak, the heart of the nuclear fusion reactor. It has a toroidal shape inside which the hot gas fluctuates and gives life to the fusion.

Secondly, a large amount of energy is needed to heat the plasma to the required temperature. “The gain factor is the ratio between the energy produced and the energy required to trigger the process and keep it alive. This ratio must be greater than the one for the fusion to be economically viable. The former must be greater than the latter, an objective not yet achieved.

There is no nuclear fusion reactor yet, but several experimental projects are ongoing. One of the most prominent fusion reactors is Jet, the acronym Joint European Torus, which recently produced 59 megajoules for 5 seconds, and already reached a record gain factor of 0.67 in 1997.

This international project has its hub in Europe. It involves the collaboration of the EU, the United States, Japan, South Korea, China, India and Russia -yes, Russia is still in. The ITER (International thermonuclear experimental reactor) project is already in the pipeline. It will involve the construction of a double-sized reactor at the French site of Cadarache, aiming to raise the gain factor to 10, generating from 400 to 500 MW of power for a time of 400-600 seconds.

The fundamental element that will help make nuclear fusion an industrial process will be constructing a device capable of treating the exhausted plasma. The ENEA (Italian National Agency for New Technologies, Energy and Sustainable Economic Development) research centre in Frascati is working on this in the Divertor tokamak test or DTT project.

Suppose these key objectives are achieved by 2030; the next step will be the Demo project, a demonstration reactor capable of producing energy and feeding it into the grid.

The European consortium EFDA (European Fusion Development Agreement) says that to generate electricity from fusion by 2050, the construction of the Demo needs to start during the early 2030s. In fact, in 2040, an operational phase should begin that will last another decade. In 2050, the large-scale commercial nuclear fusion reactors will only see the light.
The product of the fusion reaction is Helium, a light and inert gas. Therefore, compared to conventional power plants, a fusion reactor does not produce CO2 or toxic fumes.

This form of energy production is clean. Sure? Or will fusion reactors also produce wastes?
This technology has two potential sources of radioactive waste products: neutron activation and tritium retention. The current research focuses on Deuterium and tritium, which release neutrons in the fusion process. Many elements, bombarded by neutrons, can turn into radioactive isotopes. An example is Vanadium, an element often presented in steel, which can be transformed by neutron activation from the more common and stable V51 into radioactive V52. As a result, the materials exposed to the neutron flux need to be appropriately selected to minimize the effects of neutron activation.

However, there is research on aneutronic nuclear fusion reactions, i.e. they do not lead to the formation of neutrons. According to the physicist of the INFN (National institute of nuclear physics), Federico Ronchetti, among the few possible aneutronic fusion processes, the most interesting in terms of application are the reactions between Deuterium and helium 3 (3He helium isotope) and between two 3He nuclei (3He + 3He). Instead of neutrons, the (3He + 3He) process emits high-energy protons, which can be easily confined with magnetic/electric fields.

Another problem is the retention of tritium. Tritium behaves chemically like hydrogen. Carbon would be an excellent element to build some reactor parts, given its excellent thermal conductivity. Nevertheless, it quickly reacts with hydrogen and with tritium. The risk is to obtain excessively tritium-rich materials, resulting in the need for decontamination – a long and expensive process. This materials research aims to avoid high and medium activity waste reactor production.

Jet, Iter and Dtt are not the only existing experimental projects. ENI (the Italian multinational oil and gas company), for example, is involved in a significant international research project in partnership with Commonwealth Fusion Systems (Cfs) and the Massachusetts Institute of Technology (MIT). In Boston, scientists are working on constructing a pilot nuclear reactor called Sparc, with a small tokamak that produces magnetic fields four times higher than Iter.

Still, scientists from the National Ignition Facility at Lawrence Livermore National Laboratory in California are experimenting with “inertial confinement” with laser-powered nuclear fusion.

Nuclear fusion is a fascinating technique. If exploited, it will make a massive contribution to clean energy production. However, in all likelihood, it will arrive in many years. Although times may be very long, evaluating its contribution to the energy transition is not premature. Especially on the threshold of the expected changes in the energy system, in the medium and long term. In the meantime, to pursue climate neutrality, we need to exploit more and better available technologies and renewable energy sources. 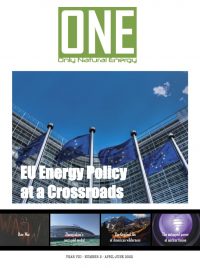 We won’t have fusion generators in five years. But the holy grail of clean energy may still be on its way

We’ll Soon Be Able to Prosper and Save the Earth at the Same Time. Here’s How