Posted By: The Conversation February 1, 2018 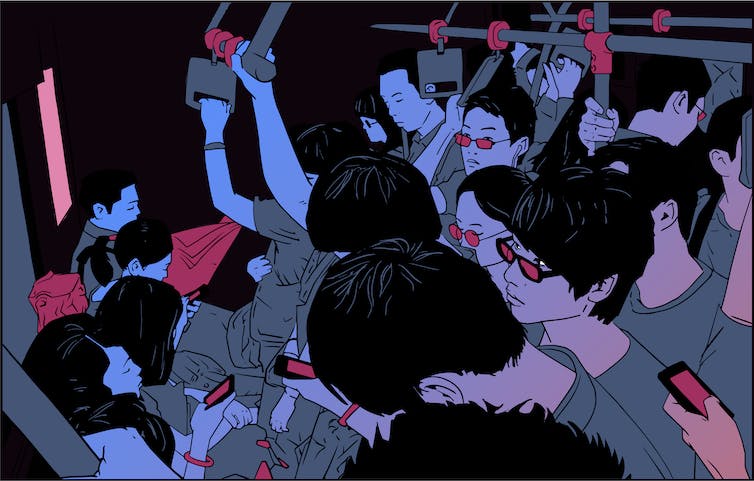 Huge quantities of networked sensors have appeared in cities across the world in recent years. These include cameras and sensors that count the number of passers by, devices to sense air quality, traffic flow detectors, and even bee hive monitors. There are also large amounts of information about how people use cities on social media services such as Twitter and foursquare.

Citizens are even making their own sensors – often using smart phones – to monitor their environment and share the information with others; for example, crowd-sourced noise pollution maps are becoming popular. All this information can be used by city leaders to create policies, with the aim of making cities “smarter” and more sustainable.

But these data only tell half the story. While sensors can provide a rich picture of the physical city, they don’t tell us much about the social city: how people move around and use the spaces, what they think about their cities, why they prefer some areas over others, and so on. For instance, while sensors can collect data from travel cards to measure how many people travel into a city every day, they cannot reveal the purpose of their trip, or their experience of the city.

With a better understanding of both social and physical data, researchers could begin to answer tough questions about why some communities end up segregated, how areas become deprived, and where traffic congestion is likely to occur.

Determining how and why such patterns will emerge is extremely difficult. Traffic congestion happens as a result of personal decisions about how to get from A to B, based on factors such as your stage of life, your distance from the workplace, school or shops, your level of income, your knowledge of the roads and so on.

Congestion can build locally at pinch points, placing certain sections of the city’s transport networks under severe strain. This can lead to high levels of air pollution, which in turn has a severe impact on the health of the population. For city leaders, the big question is, which actions – imposing congestion charges, pedestrianising areas or improving local infrastructure – would lead to the biggest improvements in both congestion, and public health.

The irony is, although modern technology has the power to collect vast amounts of data, it doesn’t always provide the means to analyse it. This means that scientists don’t have the tools they need to understand how different factors influence the way cities function and grow. Here, the technique of agent-based modelling could come to the rescue.

Agent-based modelling is a type of computer simulation, which models the behaviour of individual people as they move around and interact inside a virtual world. An agent-based model of a city could include virtual commuters, pedestrians, taxi drivers, shoppers and so on. Each of these individuals has their own characteristics and “rules”, programmed by researchers, based on theories and data about how people behave.

After combining vast urban datasets with an agent-based model of people, scientists will have the capacity to tweak and re-run the model, until they detect the phenomena they’re wanting to study – whether it’s traffic jams or social segregation. When they eventually get the model right, they’ll be able to look back on the characteristics and rules of their virtual citizens, to better understand why some of these problems emerge, and hopefully begin to find ways to resolve them.

For example, scientists might use urban data in an agent-based model to better understand the characteristics of the people who contribute to traffic jams – where they have come from, why they are travelling, what other modes of transport they might be willing to take. From there, they might be able to identify some effective ways of encouraging people to take different routes or modes of transport.

Also, if the model works well in the present time, then it might be able to produce short-term forecasts. This would allow scientists to develop ways of reacting to changes in cities, in real time. Using live urban data to simulate the city in real-time could help to inform the managers of key services during periods of major disruption, such as severe weather, infrastructure failure or evacuation.

Using real-time data adds another layer of complexity. But fortunately, other scientific disciplines have also been making advances in this area. Over decades, the field of meteorology has developed cutting-edge mathematical methods, which allow their weather and climate models to respond to new weather data, as they arise in real time.

There’s a lot more work to be done before these methods from meteorology can be adapted to work for agent-based models of cities. But if they’re successful, these advancements will allow scientists to build city simulations which are driven by people – and not just the data they produce.

Private Industry Has a Role to Play in Developing Smart Cities

Intelligent building technologies are critical to a low-carbon future