[NAIROBI] Chioma Blaise Chikere is at the pinnacle of her career, as a professor of environmental microbiology and biotechnology at the University of Port Harcourt in Nigeria and director of the institution’s Entrepreneurial Centre.

Yet in this part of the world, such an achievement by a female scholar can be misleading.

Peel away the trappings that come with her office and you reveal a litany of struggles, obstacles and stereotypes that continue to dog the careers of many women scientists from the global South.

“My dream of becoming a world-class scientist was slipping through my fingers due to lack of funds,” Chikere says of her earlier struggles. “My journey during early career days as a researcher and scientist was seriously limited by lack of access to educational resources for internationalisation.”

“Research shows that when you have a gender balance in a team, the collective intelligence of that team goes up. We need this diversity of cognitive approaches and problem solving.”

From a lack of access to standard scientific equipment and laboratories, to inadequate mentorship and scholarship opportunities, Chikere’s career progression was in serious doubt.

Her story mirrors that of many researchers from the global South who still struggle to be on par with their counterparts in the North in terms of funding, collaboration and publishing — with negative impacts on global development.

“If there were biases in knowledge, then those biases translated themselves into innovations, creativity and development,” says Elizabeth Pollitzer, the founder and director of Portia, a non-profit organisation established to advance understanding of gender issues in science. 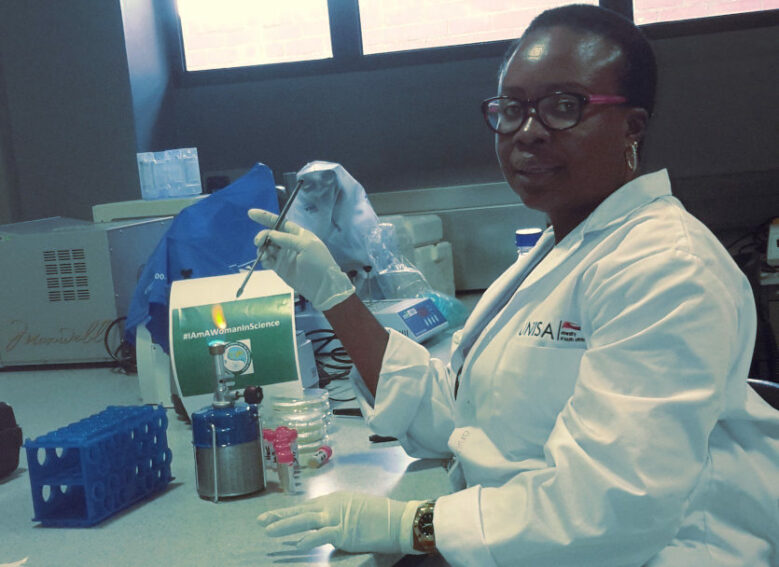 “Research shows that when you have a gender balance in a team, the collective intelligence of that team goes up. We need this diversity of cognitive approaches and problem solving.”

Despite progress on gender representation in science and research in recent decades, disparities still exist. Women author fewer of the papers that are published in journals than men, and higher numbers of women leave research, according to the findings by the scientific publisher Elsevier. 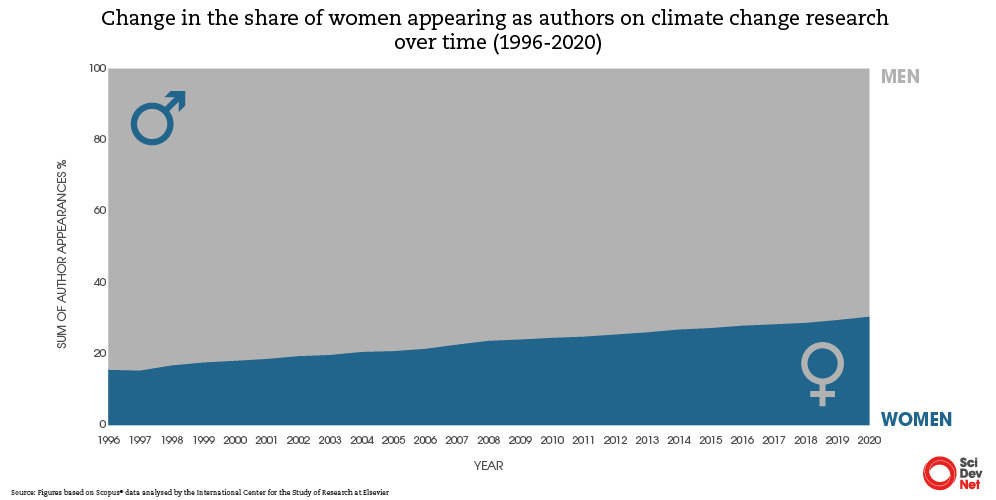 The gender gap is particularly prevalent in climate science. Only about 20 per cent of published climate change research was attributed to female authors, according to an analysis by the International Center for the Study of Research, published in Scopus, Elsevier’s abstract and citation database.

It considered research output data between 1996 and 2020, and showed that nearly 80 per cent of all climate change research was attributed to men.

Regionally, the global North still dominated the climate change research landscape, accounting for more than 80 per cent of all research in the past two decades — and this global share rises to more than 90 per cent if China is excluded from the list of global South countries.

Pollitzer condemns “a culture that excludes women”, adding: “Even when you have enough women in the talent pool, it’s the men who will be invited to join research teams.

“Something strange happens where women appear to be systematically excluded.”

Chikere is one example of how institutional support can benefit the careers of women scientists.

The opportunity for Chikere came in 2017 after she applied for the Chemistry for Climate Action Challenge, a competition jointly run by the Elsevier Foundation – part of the corporate responsibility programme of global publishing body Elsevier – and Elsevier’s chemistry journals team. The challenge recognises individuals and organisations whose projects use green and sustainable chemistry solutions to tackle the developing world’s greatest sustainability challenges.

Chikere was awarded second prize at the finals in Berlin, Germany. Her project entailed eco-friendly field-scale clean-up of an oil-polluted site in Tombia village in the Degema local government area in Nigeria. 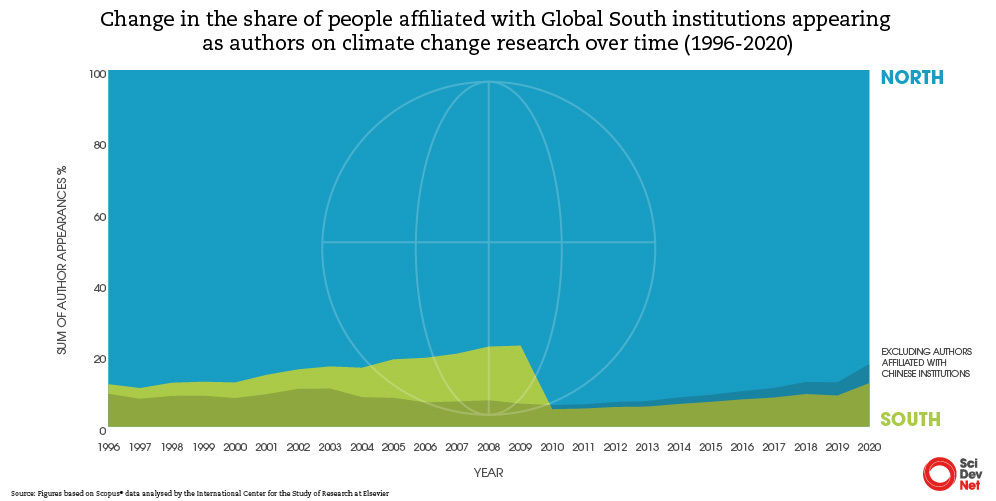 Earlier, Chikere acquired a PhD fellowship by the Organization for Women in Science for the Developing World (OWSD). The Elsevier Foundation collaborates with OWSD to address visibility issues among women researchers through awards and recognition programmes for talented early career women scientists from Africa, the Arab region, the Asia Pacific, and Latin America and the Caribbean.

“The Chemistry for Climate Action Challenge and other gender-based initiatives that encourage and support women scientists in the developing world to build their capacities in research need to be encouraged,” Chikere says.“I can say the support from Elsevier Foundation has greatly enhanced my career trajectory.”Bridging the gap

Nitya Rao, director of the Norwich Institute for Sustainable Development (NISD), a member of the global research group the Adaptation Research Alliance (ARA), says gender gaps in climate change research persist because of a lack of understanding of gender.

She says existing gender training is often reduced to women’s issues and there is a need to look at the wider factors which underpin gender disparity.

“The gaps can be bridged if we make changes in different elements of research cycle,” says Rao, gender and development professor at the University of East Anglia’s School of International Development.

“From identification of the research question/problem, to the methods of data collection, analysis and writing, often gender monitoring and evaluation focus only on numbers — men and women who have attended meetings, or are co-authors of papers. We need to go beyond this.”

Sheela Patel, founder and director of the Society for the Promotion of Area Resource Centres (SPARC), an India-based NGO focusing on the urban poor, says the criteria for researcher selection needs to change.

“So long as it’s the number of research papers published [which] remains the criteria for who to invite to do research, then women will always be disadvantaged, as highlighted by the latest data on climate change research output.”

This piece was produced by SciDev.Net’s Global desk.

This article was supported by the Elsevier Foundation, which is part of the corporate responsibility programme of global publishing body Elsevier, and is focused on sustainable development in gender, health, climate and reducing inequalities.

This article was supported by The Elsevier Foundation.

This article was originally published on SciDev.Net. Read the original article.